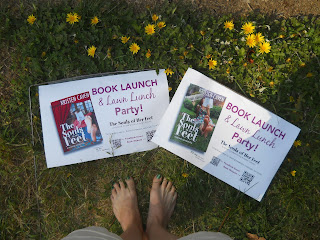 The book launched in April, with a foot-pampering party on April 27.

Click for video of (donor) Carolyn holding the spa spellbound. 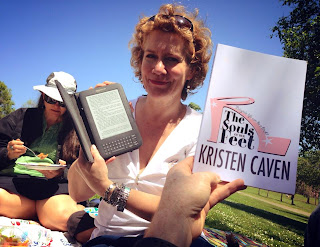 Click to hear Kristen read an excerpt from The Souls of Her Feet novella. 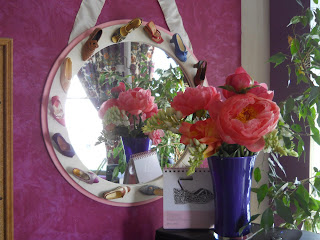 A bouquet to celebrate our successful fundraising campaign 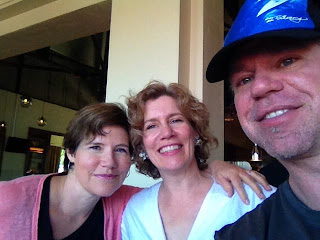 Michael arrived on May 19th for a 3-week writing gig. First thing: rubbing elbows with literati. 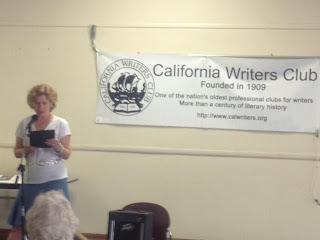 Then another reading of The Souls of Her Feet. 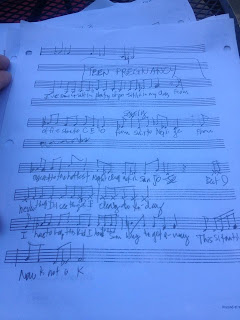 And the writing began! "Teen Pregnancy" on paper. 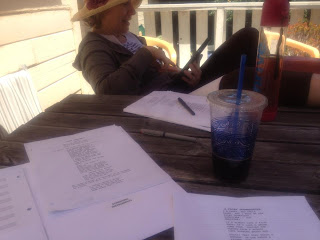 Much coffee was consumed. Meetings nearly daily. This is where the new finale, "Step Up" was born!

But mostly, music was written! The wonderful spread of "Truth or Dare Waltz." 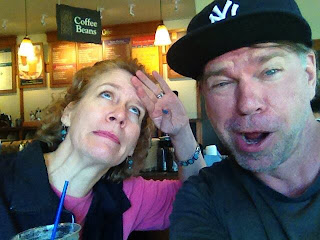 After 3 weeks, we hardly recognize ourselves.

But we're getting closer to having a show!